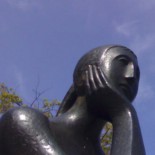 Thinking Your Way Through a Labyrinth of Issues 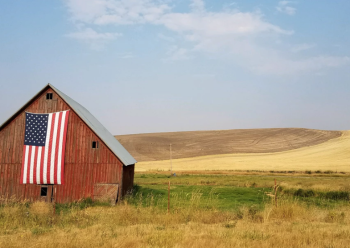 Recently, a friend of mine sent me an article from 2016 by David Wong talking about the reasons why Rural America was such a strong proponent for Donald Trump. The … Continue reading →

The ying and yang of our own destruction

Work is good, work is life, live to work.  The concept of work in itself being a virtue rather than a means to an end is a curious thought. It … Continue reading →

A cascade of failures – Labour’s 2019 Election

The United States & the Responsibility of Leading the World

The United States is the sole global hegemon. This is a fact that cannot be denied for the United States has armed forces stationed on every single vital trade route … Continue reading →

On Change, some thoughts

It is difficult to define oneself in a world where everything is in a state of flux. I imagine to the Mycenaeans, it felt like the world was ending when … Continue reading →

Why it’s hard to be interested in the news

Do you remember the South Park episode (It hits the fan) where the word ‘Shit’ reaches a ludicrous notch of 162. Of course a lot of people don’t … Continue reading →

“By visiting these places and understanding what sadistic cruelty occurred under the Nazis, the sight today of Tommy Robinson supporters protesting in London and giving Nazi salutes fills me with sadness but also anger.”

Hitting depression was not something that I ever believed could happen to me, I had been sad in the past before over many things but depression seemed like something … Continue reading →

The end of a friendship

It was 2008 – prior to the social media world, I and my friend were at the Wendy house in Leeds (UK) this was essentially a gothic nightclub. Me and … Continue reading →

Was University a waste of time?

First of all before I start anything there is something I would like to address. While writing posts it can often seem like a forever ending moaning session. Anyone who … Continue reading →

A tribute to my grandmother

My grandmother was certainly one of the most important people to ever be in my life. Her influence on myself was enormous. Many of the trait’s I have today both good and bad ,are from her. The amount of time I spent with her meant that I knew her better than I would say anyone else. I could write a book on all the things that we have done together or even just about her. I won’t write a book but what I will do is summarize the experiences of our lives together and the feeling of bereavement. There are likely better tribute’s out there to those who have lost loved ones. Although I would like to think one of my strength’s is in my writing skills, so this will have to do.